Laws regarding taxes in Australia 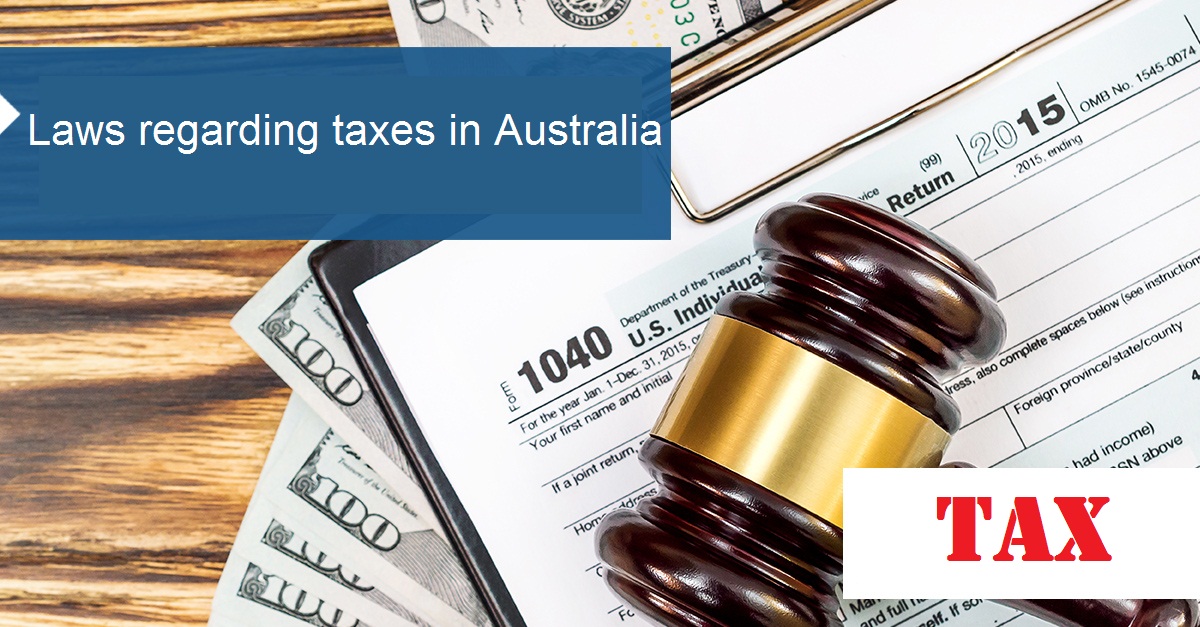 If you’re going to be running a business in Australia, it is very important to be well aware of the tax laws involved. The Australian Taxation Office (ATO) is mandated to collect taxes in the country and is the sole authority in the matter. Often times, Australia has been criticized for having high tax rates, but this just isn’t the case when all things are considered. By the end of this article, you should have a full grasp on the tax laws of our country and know your obligations.

All these may seem very complicated, but it’s really straightforward once you look at an example: a fictitious company named Contrast Fixtures. In the 2017/18 income year, Contrast Fixtures made a trading income of $1 million from the business. Add to that, the company saves some of this income in a long-term deposit account, earning $10,000 in the interest the same year. After calculating the base rate entity passive income, Contrast qualifies for the reduced company tax as it represents only 1% of the assessable income.

On the other hand, a company called Citadel Fund is an investment company that invests in Australian securities. In the 2017/18 income year, Citadel made $1.5 million in earnings and earnings and an additional $8.5 million in dividends. This makes the base rate entity passive income for Citadel 85% and hence the company is charged the full company tax rate of 30%.

As for multinational corporations with offices in Australia and other countries, they also face the same company tax. However, in addition to this, foreign passive profits are also taxed under Australia’s right to tax business profits. This is to curb efforts by some companies to avoid taxes by moving their profits away from the country. Nevertheless, the country in question must have a double taxation agreement (DTA) with Australia for this to apply.

CGT is paid for any profit made from the disposal of capital assets. Examples of capital assets include real estate and securities. The capital gained from the sale is then added to the company’s assessable income and then calculated along with the company tax to determine the tax bracket it falls into. The CGT is applied both to Australian citizens and foreigners as long as the asset in question is taxable Australian property. Australian residents also pay CGT for assets they trade in other countries.

Taxation on capital gains started on the 20th September 1985 and on the 23rd October 2015 in Norfolk Island. Therefore, assets acquired before these times are not subject to CGT. Other assets exempt from CGT include your home car personal use assets like furniture and depreciating assets like business equipment. Unfortunately, you can’t claim any capital losses against your income, but you can use this loss to reduce your total capital gain.

It is also important to remember a few things about the CGT, including the timing. CGT is applied at the moment you make the contract to sell an asset, not when the contract is settled. For instance, a contract initiated in June 2018 and settled in August 2018 ought to be filed with your 2017/18 income year returns. And another thing, cryptocurrencies are also treated as assets, and any profits gained are subject to CGT.

The GST is applied to most goods in Australia and businesses need to register for GST if they have GST turnover above $75,000. The GST is basically 10% and is applicable for most goods unless they are specifically GST-free or input taxed. Input taxed sales are those where GST is not included in the price such as renting out space. With such sales, you can claim GST credits.

There are still several other taxes you would have to pay for your company in Australia, but these would be specific to the type of company you run. Accountants at TW Accounting Sunshine Coast are very well-versed in all tax laws in the country and will guide you all through to ensure you cover your tax obligations. Some of these taxes include: