Deal or No Deal: The Most Effective Tactics To Negotiate When Buying a Phone 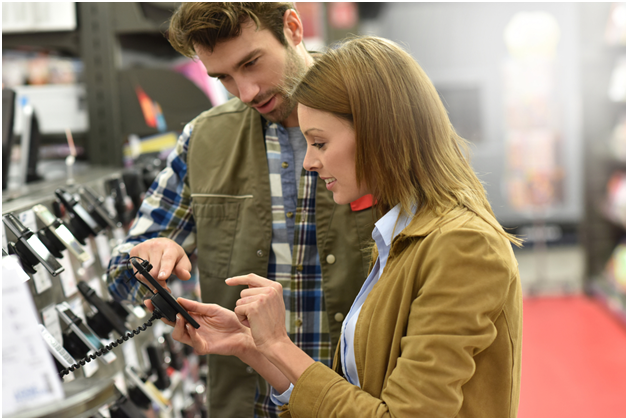 Did you try to negotiate a better price the last time you were looking for a new smartphone to buy? An aversion to conflict is one reason some people just pony up the asking price to purchase a new or used phone. Another reason some people don’t try to haggle their way towards some cost savings is that they don’t realize that negotiating the price is a live option.

This sort of information is important because you’ll be looking for a new or used phone soon enough. For all of their bells and whistles, smartphones don’t tend to have the longest of lifespans. Consider that you should be able to rely on a new phone for at least two to three years. Underwhelming.

When you consider that LED televisions can last between 60,000 hours and 100,000 hours and that the average car is on the road in excess of 11 years, you can be forgiven for thinking that you’re not getting enough mileage from your phone. Not to talk about OLED televisions that are said to last 54 years!!!!

But it is what it is, as they say. The reality is you’ll be on the lookout for a new or used phone within a handful of years to replace the one you currently have. So if you want to get a great deal and keep more of your hard-earned money in your pocket, then you had better understand effective negotiating tactics.

There are some things you can do to increase the odds of getting a better deal on a new phone. Chances are that if you ask any five of your friends what they’re paying for their phone plan, you’ll get five different answers. You can bet that the ones whose plans are lowest negotiated the discount. You can use the same principle to get a discount on a brand-spanking-new phone.

Do you want to negotiate the sort of deal that will give you bragging rights amongst your friends and coworkers? You’ll need to plan. Going into the negotiations unprepared will put you at a competitive disadvantage, so you have to go into the process knowing at least as much about the subject matter as do the sales representative. Consider the following steps:

Failing to take the appropriate steps can leave you in a position of weakness. And this might lead to a scenario where you accept what appears, at first glance, to be a good deal only to find out later that there were better deals elsewhere. So planning and preparing are critical.

DON’T BE FOOLED: Go in With a Healthy Dose of Skepticism

While no one is saying that wireless company salespersons are out to dupe you, this doesn’t mean that they don’t have a financial incentive to sell certain phone and service packages. Keep in mind that many of these people have some sort of commission component worked into their overall compensation. Of course, this means that the more they get you to spend, the more they will make. If you know what phone you want and what you want to pay going into the negotiations, you’re less likely to make decisions based on emotions. And this will help you get a good deal.

CUT STRAIGHT TO THE CHASE: They Expect You to Haggle

While many people believe that the advertised price is etched in stone, the reality is that there is always room for negotiations. Prices are usually set a bit higher than they could be in order to allow for some haggling. So you’ll be selling yourself short if you don’t haggle or negotiate more favorable terms. If you research, you may find the phone you want offered for a more compelling price elsewhere. Presenting this empirical evidence may be enough to get you a better deal.

BE AGGRESSIVE – BUT NOT RUDE: Talk & Listen for Best Results 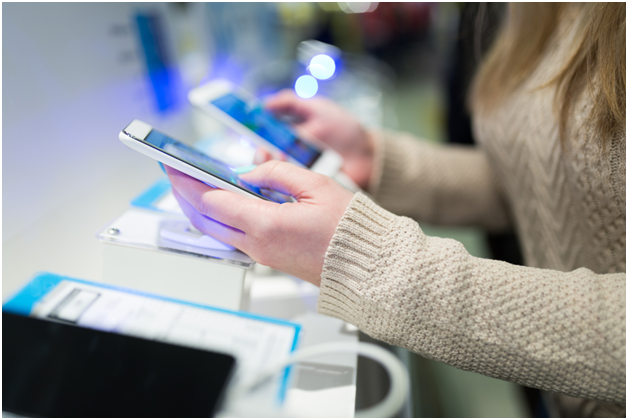 A negotiation is a conversation between you and the seller. You don’t want to go in there and be disrespectful. You’ll want to present your case clearly and with supporting documentation so that the seller sees that you’ve taken the time to think things through and research. But you also want to know when to close your mouth and to let the other party have the floor. Remember that the salesperson, if they are in a deal-making mood, won’t want to feel as though they’re being bullied. You’re more likely to get your way if you can disagree without being disagreeable.

BE PREPARED TO WALK: Know When to Fold ‘Em

If you’re negotiating in good faith and aren’t getting anywhere, let the seller know that, armed with your research, you can go and get a better deal anywhere. Try to be patient since sealing the deal might simply require your allowing the seller to let the offer marinate in their mind a bit. However, sometimes the seller might dig in their heels and refuse to agree to your terms. In such cases, be prepared to leave amicably and then take advantage of a better opportunity.

Some of the same negotiating tactics for buying a new phone can be used for buying a used phone. But there are some added precautions you have to keep in mind to avoid getting burned.

You can get some pretty good deals if you buy a used smartphone, but you can get burned just as easily if you’re hasty and not thorough enough. One way you can increase your odds of success is if you only bid on popular models from reputable phone manufacturers.

BE CAREFUL WHERE YOU BUY: The Vendor Matters

Are you interested in buying a used phone online? Be careful where you go. Sites like eBay and Swappa are good options when looking for used electronics to purchase. Sites like Craigslist can be good options, too, but you’ll need to exercise more caution since such online classified ad sites don’t have the same layers of consumer protection that sites like eBay have.

Before buying from a site like Craigslist, make sure you do the following to reduce the odds of ending up with buyer’s remorse:

KNOW THE RANGE: Research What They Cost

You won’t be able to negotiate properly if you don’t know the price range that used phones go for. The estimate will depend on factors that include the brand of phone you want and the condition of the phone. Once you know what the phone’s worth, you’ll be prepared to negotiate.

GET IT ERASED: Ensure Phone is Wiped Clean

When you get a used phone, you don’t want the previous owner’s stuff still on it. For example, a parent may have installed a phone monitoring system to watch over his child. That’s why you need to insist that it’s properly reset to factory default mode. This will ensure you get a phone that is in the state it was in when it first came off of the assembly line. You can also find service providers who will erase data and then certify the phone that it’s perfectly functional. That sort of guarantee is like the gold standard for you as a buyer since it will make shopping easier.

If you follow the recommendations above, you’re sure to find the perfect phone — whether new or used — for your purposes. Again, people tend to look for replacement phones every two or three years, so it’s something that you will be doing again and again. Knowing how to properly negotiate will help you to get the phone you want for a price you love. Good luck!