How to Customize Your Computer Screen like A Professional Hacker 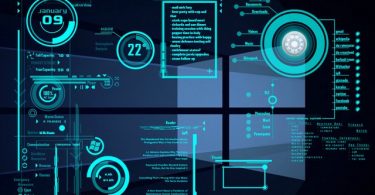 Rainmeter skin is a free and open-source desktop customization utility theme for Windows, released under the GNU GPL v2 license. It allows the user to create and display user-generated customizable desktop widgets or applets called “skins”.

How to Customize Windows Desktop with Rainmeter skins

That display information, which is Ready to use the collections of skins that can be downloaded and installed in packages known as “suites.” Common functionalities of Rainmeter skins include desktop clocks, RSS readers, system monitors, weather widgets, application launchers, and audio players.

It has been around since Windows XP, where it was used as a tool for displaying basic info on the desktop, which later gained a large community of following that produced high-quality skins which can change the whole desktop user experience.

The Rainmeter project was initially developed by  Kimmo ‘Rainy’ Pekkola, the developer of Rainlendar(Software solutions) in 2001. It is working with all types of Windows operating systems like Windows 10, Windows 8, Windows 7, Windows 8.1, Windows XP also with 64bit & 32bit versions.

Rainmeter can be installed portably as well, but it isn’t recommended. The “standard installation” works just fine. Installation is simple, but make sure “Launch Rainmeter on startup” is checked, or else it will have to be manually restarted after a reboot. If you want the latest updates, you can also build it from the source code at their Github repository

Installation is graphically shown, step by step below… 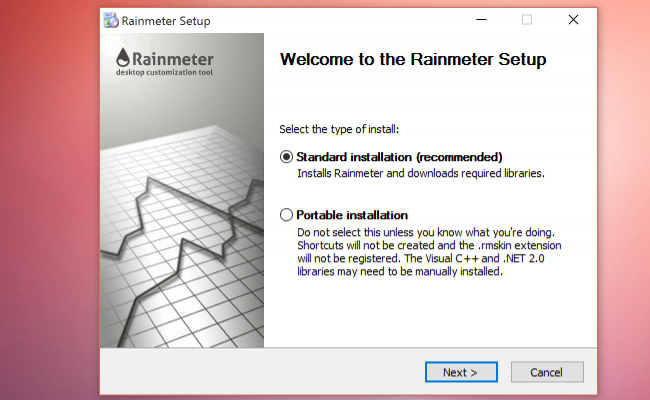 Step2: Select the standard installation & click on the next button. 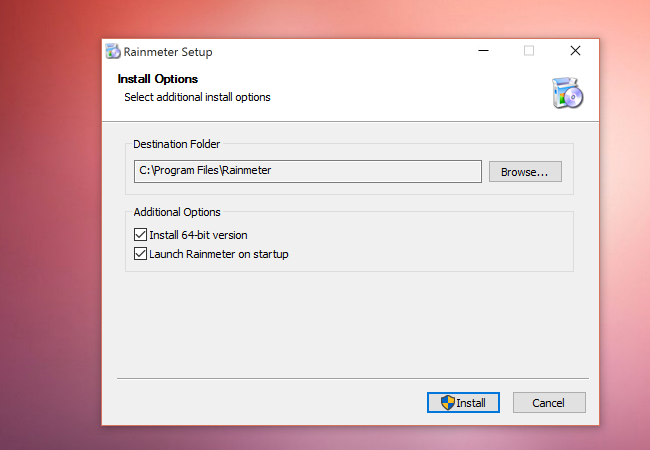 step3: Tap on the install button. 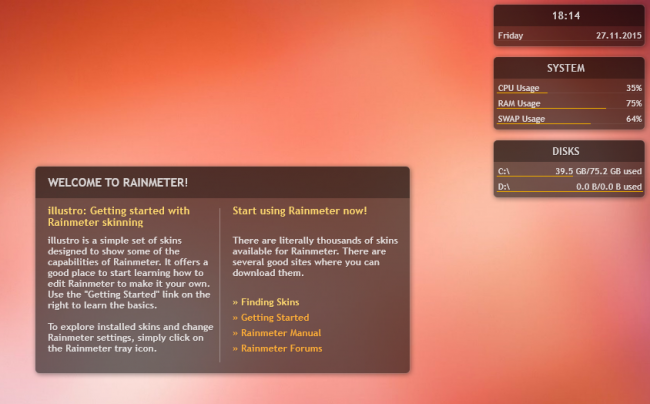 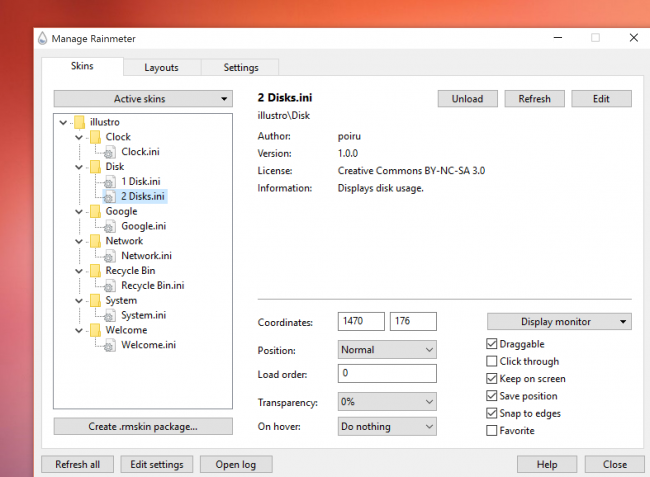 Here is the Rain meter icon to customize your skins 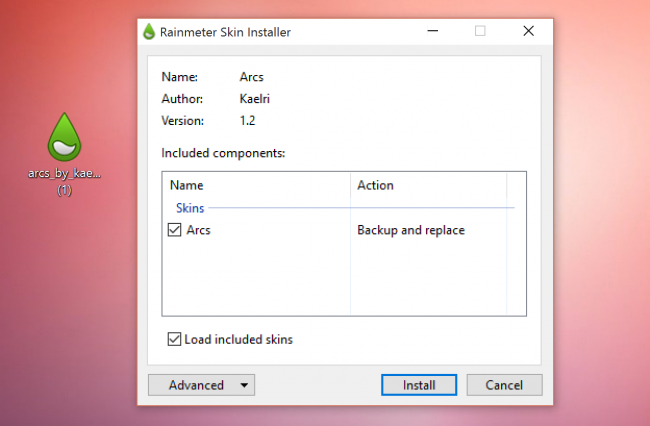 Rainmeter allows for an amazing amount of personal customization. If you want to get your hands dirty with the code behind the skins, it isn’t too complex.

Right-click on a skin and hit “Edit skin”, which will bring up a configuration file with lots of variable definitions. 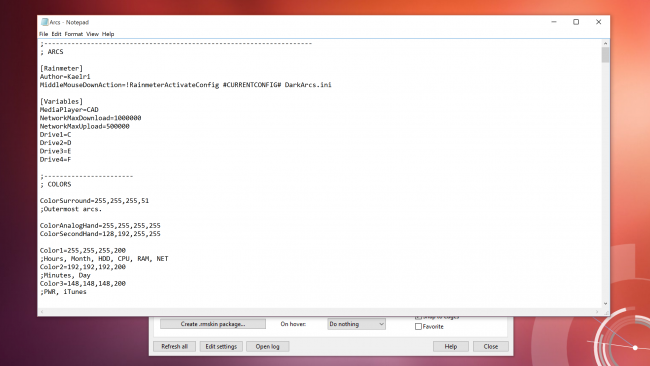 For example, if you want to change the color of the outer rim of the clock displayed on the desktop, you can edit the values of the variables that control that. Majority of the skins have comments in the configuration file, so it’s easy to find out which element is being controlled by which element. 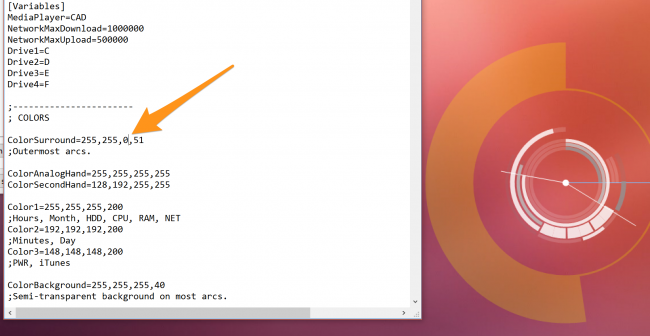 These are written in a code using a text editor and stored in a form of INI configuration files.  System resource values and other information(weather, time…)  is stored through “meter” values within a skin, which can then be then customized after.

CNET credited Rainmeter with 4 out of 5-star rating. As it  praised the software’s flexibility and the wide variety of themes and  “enthusiastic community” while noting the program  “isn’t as intuitive as it could be.””

If you’re working on a Mac or Linux OS, unfortunately, you couldn’t access it, as there isn’t a Rainmeter build for OS X or Linux. For Mac users, there is Geektool, which performs many of the same basic functions which is being done by Rainmeter such as displaying info like time and weather on the desktop and some basic widgets.