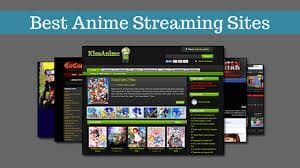 Anime or Japanese animation is in trend these days. Every age group is influenced with anime and especially kids love to watch anime. Nowadays, anime is available online on the web which is a cherry on the cake as it saves lots of money and time.

A user can watch anime online from home or at any another place at any time on your smartphones. The user doesn’t need to go anywhere to watch anime and it is also not compulsory for the user to watch the whole anime episode or movie in one go. A user can watch it according to his/her feasibility.

Crunchyroll is acclaimed as one of the best anime apps for Android devices. It has the largest library of anime and the app is available on the Google Playstore. The app also has more than 25000 episodes of anime to watch. This app has a user friendly interface. All the latest collection of anime is also available on the ‘Latest Anime’ section of the app.

It has a vast library of HD legal dubbed anime shows. The users don’t need to wait long as it has a direct broadcast from Japan. It also has an enormous collection of dubbed anime movies which is a great attraction for the kids. They love to watch dubbed anime movies. The app has a huge library of free anime shows as well as you can also buy the premium subscription of the app to enjoy its premium features.

Gotardo anime is the app which provides absolutely free streaming of anime shows and movies to their users. The users don’t need to sign up on this app.  Night mode feature is also available on this app as if your eyes got tired watching the anime shows then you can shift to night mode and can enjoy the anime without putting much stress on your eyes.

Funamine is the fastest growing and trending anime streaming apps which has a simple interface and a large collection of anime videos. The app also doesn’t require user sign up. You can change the language on setting tab according to his flexibility. The users can see the ratings and he/she can choose the episodes according to that.

Naruto Shippuden is another convenient app for anime lovers. The app has a unique feature to block the advertisements while watching anime videos. It broadcast anime in enormous genre (action, comedy, and drama). It is being popular among users these days.